The mechanism to motivate nodes join the Bitcoin network and create blocks.

Creator of block gets to

Explanation: Because the coin-creation transaction is just like other transaction in that block, it will only be valid if the created block ends up in the consensus chain, it’s the incentive which encourages the nodes to be honest, otherwise they can’t get their rewards.

The value of the created coin is fixed in a period of 4 years, and it halves every 4 years.
The reward of the first block(the Genesis block) was 50 BTC. Because the Genesis was created on 03/Jan/2009, now 9 years past, so the reward halved twice, the current reward is 12.5 BTC.
The total number of BTC is 21 million, at the current rate, all the BTC will be mined out around 2140. 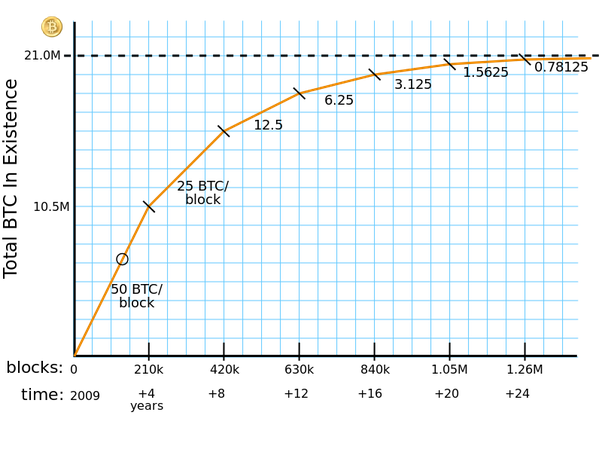 To select node who gets to propose the block based on their computing power(the proportion of computing power in the whole Bitcoin network), so the adversary can’t simply create a lot of civil nodes to try to get more rewards.

How to prove the work?

A hash puzzle needs computing power to solve: find a nonce to get a hash output falling into a small target space.

Attacks are infeasible if the majority of the miners weighted by hash power follows the protocol because the competition of hash power can ensure the probability of the next block proposing by an honest node is higher than 50%.